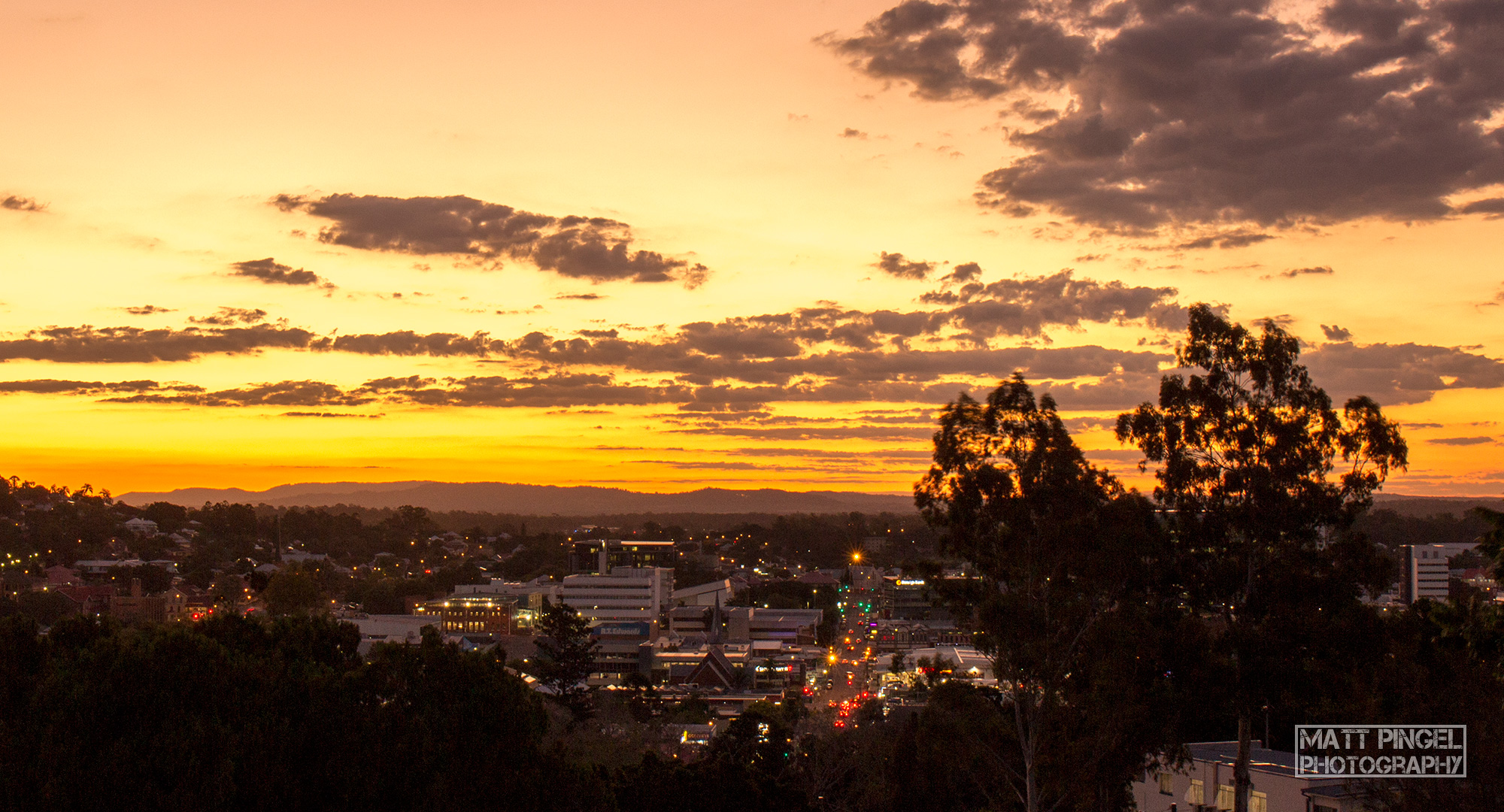 I’ve made it to the end of the first month of my Project 365 challenge! I figured a sunset was a fitting photo for the closing of the month, although I made it to the lookout I had chosen a little later than I wanted. Timing is everything in photography! The discovery of the lookout led me to explore a few other spots around Ipswich which I can use for photo-fodder in the future though so it turned out for the best 🙂

I feel like I’m still relying too much on photo editing to get my photos right rather than capturing them right from the camera. I’m caught between wanting to get to a point where I hardly need to edit shots to make them look good, and the thought that if you have a tool there then why not use it? I plan on doing some more abstract stuff with editing later down the track to make cool effects but on a base level I think it’s important that I improve my general photography skill without thinking “I can fix it later”. At least I’m having a learning experience which is what the whole point of this was!